Publish a New App in The App Store: Part 2

This is part 2 of the “Publish a New App in The App Store” tutorial and in it you will perform tasks that basically prepare your app for distribution on the App Store. Before you begin, create a folder with three subfolders on your Desktop. You will store the App Store screenshots, the App Store icons, and other assets in them. I created this folder and subfolders for the iCarLocator’s assets on my Desktop. 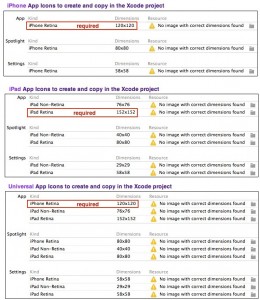 The number of required App Icons you create and add in your Xcode project depends on the type of app you created.

You must create one or more launch Images and add them in your Xcode project. If you don’t, Xcode will complain when you try to submit your app to the App Store. The easiest way to create a launch image, with the correct dimensions, is to use the iOS Simulator to capture a screenshot of the first screen of your app while it is running in the iOS Simulator. The number of screenshots you capture depends on whether you created an iPhone, iPad or Universal application.

Instructions on how to capture a screenshot on the iOS Simulator and rename it is provided at the end of this document. Once you’ve captured screenshots on above mentioned iOS Simulators and renamed them, drag-and-drop them in your Xcode project.

First of all an App Store icon is a larger version of your App Icon and it is displayed in the App Store and iTunes. You must create one of these App Store icons; however, don’t add it in your Xcode project. Put it in the app assets folder you created earlier on. Later, you will upload it in the iTunes Connect Portal. 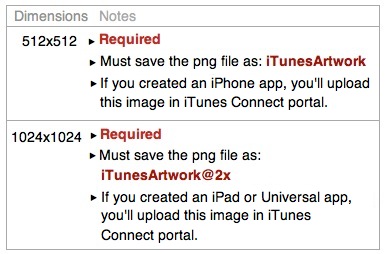 You must create at least one screenshot for the type of device your app will run on. Later, you’ll upload them in the iTunes Connect portal. Apple will display them on the App Store page and iTunes page it creates for your iOS app. You can upload up to 5 App Store screenshots of these sizes in iTunes Connect.

The easiest way to create a screenshot for the App Store, with the correct dimensions, is to use the iOS Simulator to capture a screenshot of your app while it is running in the simulator.

Again, instructions on how to capture a screenshot on the iOS Simulator and rename it is provided at the end of this document. Once you’ve captured screenshots on above mentioned iOS Simulators and renamed them, drag them from your Desktop and drop them into the app assets folder you created earlier on.

Create a support page for the app

Create a QuickTime video of the app

Creating a QuickTime video that shows how your app works is not mandatory; however I highly recommend it. Later, you will add the URL in the iTunes Connect web form’s text box. By the way, you already have the QuickTime application on your computer.

When I submitted my first app (CarLocator) to the App Store, Apple rejected it. The email they sent me said that I should visit the  Resolution Center in iTunes Connect. So I did and the Resolution Center page basically said that I should submit a demo video showing how my app work. I created a QuickTime video and submitted it to Apple, a week later, my Car Locator app was approved and it is currently available for free in the App Store:

Before you begin, make sure you have the follow up and running.

1. Launch your app in Xcode. Launch the iOS Simulator and scale it to 75%.

2. In Xcode, select the iPhone or iPad simulator, then click Run. 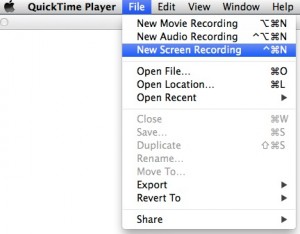 5. Make sure the “Show Mouse Clicks in Recording” menu item is selected, then click the red record button.

The QuickTime Player display these instructions on your screen. 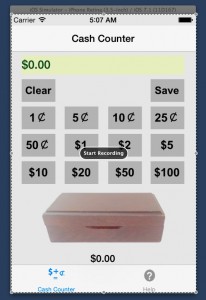 7. Click “Start Recording” button shown in the middle of the screen, then interact with your app as usual. Behind the scenes, QuickTime record your actions; such as mouse clicks and scrolling. When you are done recording, click the stop

button, located on the right side of the menu bar.

8. Play the video you just recorded, if you like it, then press the shortcut keys (⌘ + S) to save it. Enter a name in the Export As: box, then click the Save button. QuickTime will save your video in the Movies directory that’s on your computer. If you don’t like your recording, discard it by clicking the Don’t Save button. Repeat steps 4-7 to record a new video. 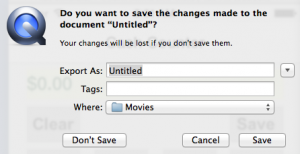 9. Upload your video on your website. I used WordPress’s upload tool to upload the QuickTime video I made for the CarLocator app on my site, theapplady.net. You can view the video by clicking this link: CarLocator App Demo

Once you’ve executed steps presented below to create an Explicit App ID, it will be available for selection in the Bundle ID menu of this iTunes Connect form.

On the next page, click the + icon next to the magnifying glass icon which is located in the upper-right hand corner of the page. Now,  you will see this page. 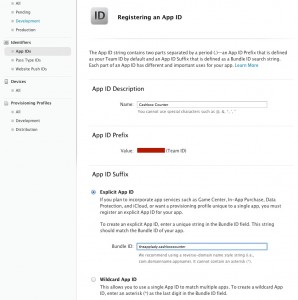 Scroll down to the bottom of the iTunes Connect form. Assuming you don’t want to enable any more App Services, click the Continue button and you will see this screen in your browser. 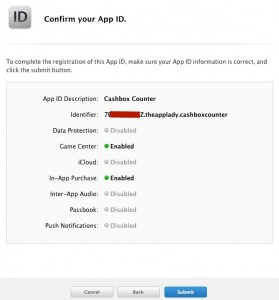 Assuming all information is correct, the Submit button, then the next screen’s Done button. That’s it, you’ve successfully created an Explicit App ID. 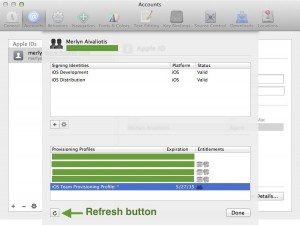 Start by launching your app in Xcode. Next, sign in to the Provisioning Portal. Click the first highlighted box shown in Figure 1 below. Next, click the Identifiers link shown in Figure 2 below.

On the iOS App IDs screen (Figure 3 below), click the App ID name representing the Explicit App ID you created for your app. For me its the second name in the list, which is ” The App Lady”. Your screen will look similar to Figure 4.

What you want to do now is change the Bundle identifier in your app’s Info.plist file to the Provisioning Portal’s ID. Take a look at Figure 5 below to see what I mean. 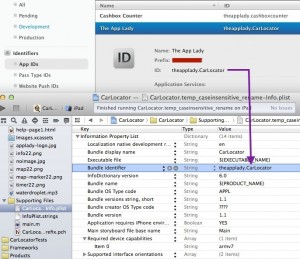 On the physical device, the app’s name is shown below the App Icon like this.

For modifications you’ve made in the app’s Info.plist file to take effect, run the app on your device or the iOS Simulator.

The last thing you have to do is check these settings on General tab:

Capture a screenshot on the iOS Simulator

Now proceed to part 3 of the guide.