Play a Video When a Table View Cell is Tapped

Recently, a reader sent me an email asking me if I could create a tutorial explaining how to do this:

When the user tap a table view cell, play a video in a new view.

Now, this tutorial is a walk through of the construction of an iOS application that implement this requirement. At the end of the tutorial, it will look and function like the one shown in this QuickTime movie.

I got to work by launching Xcode 7 on my Mac created a Single View Application project called AV Player. You should download it so you can follow along. 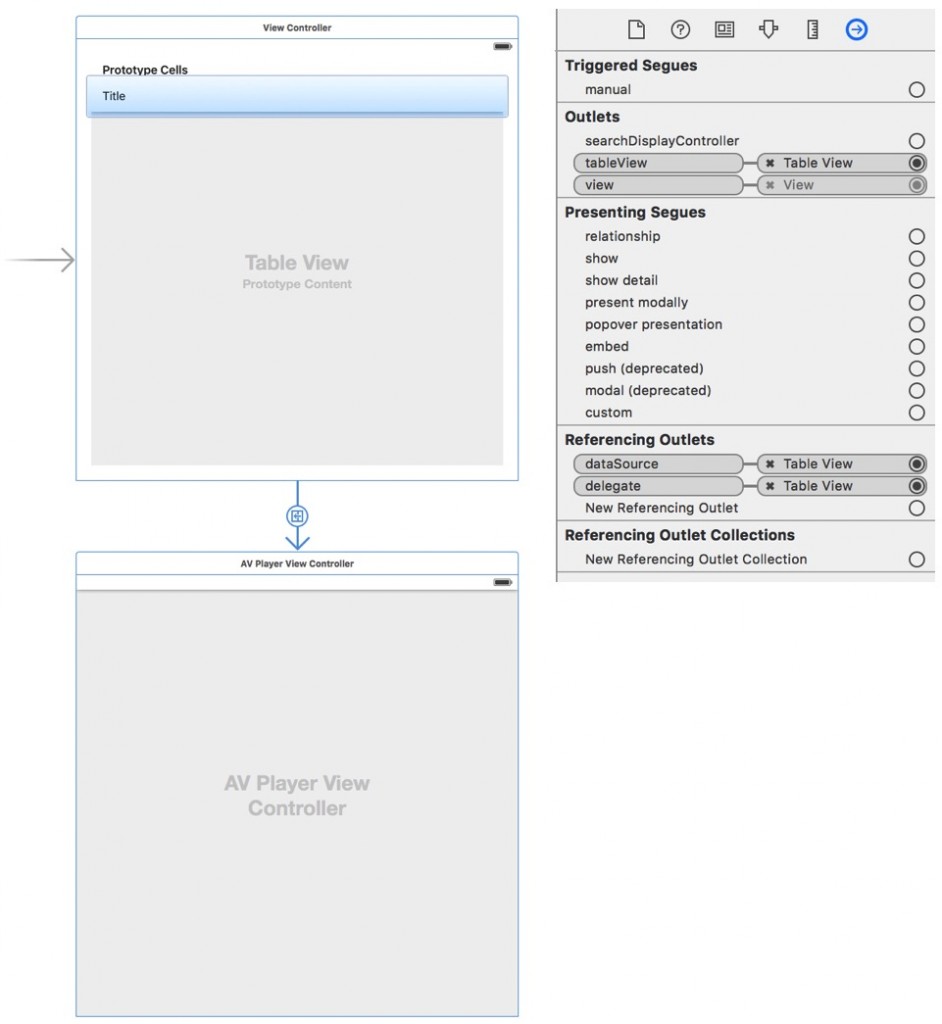 Step 2: Add a Cocoa Touch Class in the project

I added a Cocoa Touch Class in the project with these options. Next, I configured the class so it contain only two string properties: title and url. Now, the Video class is for creating video objects, in the ViewController.swift class. 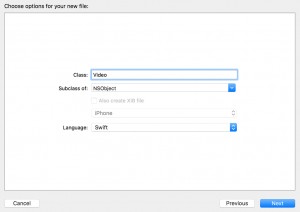 I entered code, in the ViewController.swift class file. It is the application’s workhorse. The code pretty much implemented tasks listed in the “App Response” section of these use case scenarios.

Here is a break down of what the class code does.

Above the class header, you’ll find these import statements. The second and third one is need for playing videos in the AV Player View Controller’s view.

Code in the viewDidLoad() function created six video objects, set their title and url properties, then inserted them in the tableDataSource array.

Now, when you run the AV Player app on your real device or the Simulator and tap a table view cell, the app will display the AV Player View Controller’s view; however, the selected video won’t play. 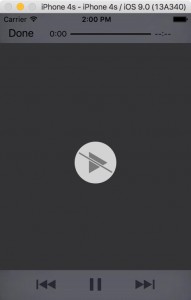 The reason for this is because by default, iOS 9 enabled App Transport Security (ATS). Here’s what Apple have to say about it:

“App Transport Security is a feature that requires secure connections between an app and web services. The default connection requirements conform to the best practices for secure connections.
ATS will be enabled by default. This means all internet (HTTP) requests need to be made over SSL – all other requests will be blocked. Unencrypted HTTP requests will be canceled and the following error message will be output to Xcode’s output log:

App Transport Security has blocked a cleartext HTTP (http://) resource load since it is insecure. Temporary exceptions can be configured via your app’s Info.plist file.”

To solve the App Transport Security issue, you will have to disable it by setting a couple of keys in the AV Player app’s Info.plist file.

In your app target, click on “Info” at the top, then right-click on the list and select “Add Row”.

In the row that appears, type “NSAppTransportSecurity”, and change the type to “Dictionary”.

Save the Info.plist, clean (shift + ⌘ + K), build (⌘ + B), and run (⌘ + R) the app again on your real device or the Simulator. When you tap the table view cell, the video is loaded in the AV Player View Controller’s view and start playing.

By the way, on the iPad Air and iPad Air 2, the user have the option to play one video in a full size AV Player and another one in a small AV Player. The user can drag the small video player’s screen to one of four corners of the larger player’s screen, while the video is play or in pause mode. Take a look at the QuickTime movie presented at the beginning of this tutorial, to see what I mean.

That’s it! I hope you guys find this tutorial and the Xcode project useful. Until next time, happy coding and please leave a comment! 🙂