Workshop 1: Install Xcode 6 on Your iMac 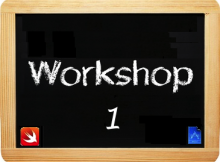 The SDK is also used by Mac developers to create applications that run on Mac computers and it contain tools shown in Figure 2.

Now, to get your hands on the newest version of the SDK, launch the App Store application on your Mac and download and install the new Mac Operating System, called Yosemite. This will take some time because it is a big file, so be patient. Once you’ve done that, return to the App Store application and download the newest version of Xcode 6. Again, this will take some time.

Once Launchpad have completed installation of Xcode 6 in your Applications folder, locate its icon using Finder, then drag and drop it on the Dock. That way, you’ll always have easy access to Xcode 6. 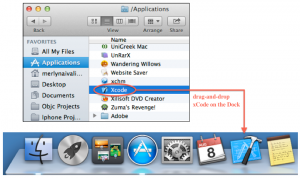 When you launch Xcode 6 for the very first time, you will be greeted with this welcome window. 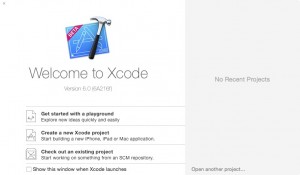 If you don’t want to see it again, then make sure the Show this window when Xcode launches checkbox doesn’t have a checkmark.