Workshop 12: Add a Playground File in An iOS Project 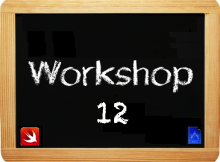 In this workshop you will learn how to add a playground file in the iOS project called Swift Variable. You will get a bird’s eye view of the playground interface. Finally, you will try out Swift code in the playground.

Add Playground in The iOS Project

The first order of business is to add a playground file in the iOS Swift Variable project. Click the Add new file (+) button located at the bottom of the Navigator area. Select the New Playground… from the pop up menu. 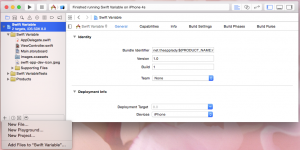 In the New File options window that appear on your screen, type Variable in the Name field then click the Next button. 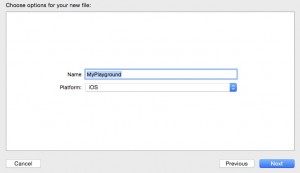 On the next window that appear on your screen, just click the Create button. 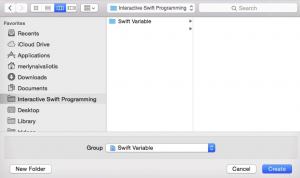 Xcode add the Variable.playground file in the project and it look like this.

Overview of The Playground Interface

You can type only Swift code in the Code editor panel. As you type, the compiler compile your code and display results in the Result sidebar and/or the Timeline. If you type invalid code, the compiler warns you by displaying a red circle in the gutter.  To see details of the error and how to fix it, click the red circle and your screen will look something like this: 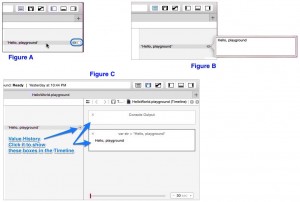 Add Code in The Code Editor

That all there is to the playground feature of Xcode 6.